We would like to invite you to participate in 33rd SCI anniversary Gala dinner. 4th-5th issue of SCI Concretus will be distributed in this event.

The theme for this year event is “SCI, A Path to Productivity”. we would like to invite all industry players to submit their technical articles related to invocations and challenges in raising productivity to us.

The Deadline for Editorial Content of SCI Concretus is 1 October 2011. 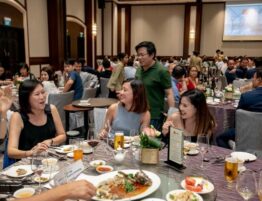 Dear Members, We have posted photos taken during SCI 40th Gala dinner to our website.

Dear All, We would like to invite you to attend and support upcoming 40th SCI…

Dear Members, We are pleased to invite you to attend 39th SCI Gala dinner, 10th…

Dear Members and Friends of SCI

Dear Members and Friends of SCI

The first FREE BEER and finger food are for Members (first come first serve basis) which is made possible by the generosity of:
BASF SOUTH EAST ASIA PTE LTD

Kindly refer to the attachment for further details.